Keynote I by Jennifer Gabrys

Sensors are increasingly used in ecological study for the tracking of organisms, often with the direct outfitting of animals with sensor backpacks and radio collars, in order to understand movement and migration. Sensors typically used in tracking include data transmitted through Argos or GPS satellite systems, including environmental temperature and humidity, light levels, acceleration, location, body temperature, heart rate, orientation, altitude, pressure and more. The latest wave of computationally enabled sensors for tracking follows on from and complements multiple methods that track movement and migration, including bird ringing or banding; bird observatories; radar and time-lapse film; and isotope and DNA analysis. The movements of organisms, from badgers to elephant seals to storks, inform understandings not only of the journeys these animals take, but also the environments that they inhabit and rely upon. Tracking devices are often presented as key technologies for studying animals under threat, and for informing policy and management decisions so that these organisms may be better protected. Disruptions to habitat, causes of mortality, loss of feeding grounds: these are environmental events that the tracked journeys of organisms may reveal. But these technologies also generate concerns about the changes in activity and performance that animals might experience as a result of wearing digital devices, and through the stress caused by capture in order to fit the devices. Sensors used for tracking raise questions about the extent to which animal movements and relations to environments shift through the machine-organism milieus that are traversed and inhabited. How are organisms, tracking devices and milieus transindividuated, and what are the ways in which these technical objects become environmental through tracing animals’ journeys? 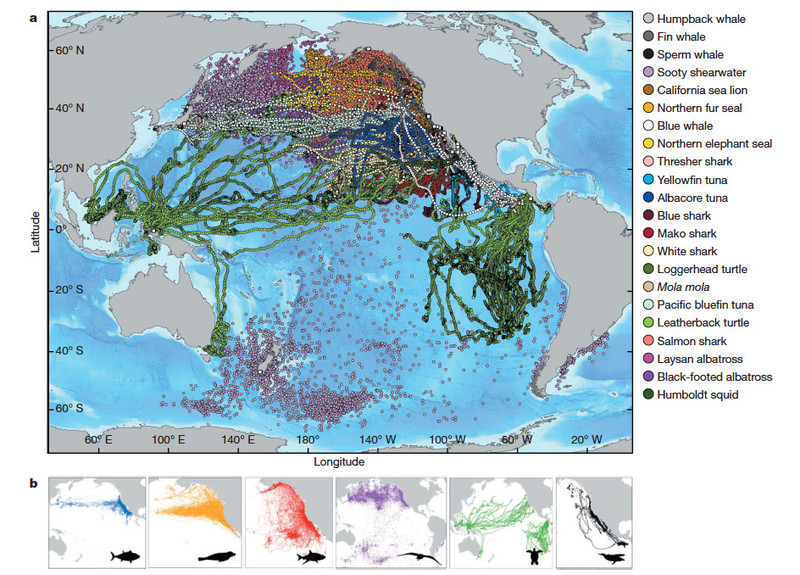